NOTE: due to the COVID-19 situation, our June meeting will be another virtual (Zoom) event. You must register in advance. After registration, you will receive an email with the link to the meeting, no later than Monday noon. The link to register is https://tinyurl.com/HBC-June-registration . 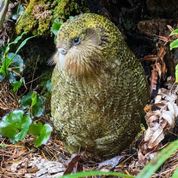 The Kakapo is one of Earth’s most unique birds. It is the world’s heaviest living species of parrot, nocturnal, and flightless! Also known as the Owl Parrot, it is endemic to New Zealand. These are just a few of the species’ many surprising characteristics. Unfortunately, the species was mostly wiped out following human colonization and the accompanying introductions of rats, cats, deer, and other non-native mammals. After being considered potentially extinct 50 years ago, a small relict population was discovered, and an intensive conservation program was undertaken. 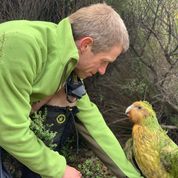 Dr. Andrew Digby is a New Zealand conservation biologist. He has actually earned *two* Ph.D.s, the first in astronomy; he was a NASA postdoctoral fellow in astrophysics at the American Museum of Natural History before moving to New Zealand, where his second doctorate focused on the bioacoustics of the Little Spotted Kiwi. Now he is the lead science advisor of the Kakapo Recovery Team and the Takahe Recovery Team, helping two species which were each thought extinct at different points during the 20th century to restore viable populations in the 21st.